The Awkward Sex of a Sex Coach • Your Primal Essence

The Awkward Sex of a Sex Coach

Last night I had awkward sex

Part of me doesn’t want to tell you about it. I’m a sex coach after all, and I’m supposed to be having amazing sex every single minute of my life, right?

But last night, it was awkward. Really awkward.

And I’d be doing my sex life, my relationship, and all my clients a disservice if I tried to pretend that my sex life was smoking hot every time. Because it isn’t.

And so I’m sharing my awkward sex with you…

I was feeling really vulnerable yesterday. I’d just given my first webinar earlier in the evening, and I was having a bit of a shame hangover.

What did everyone think of me?

Did they ‘get’ the presentation?

What about all the times I fumbled with the tech – did I look unprofessional? Did anyone notice?

My mind was in full blown critic. I was ignoring all of the wins from the evening – the incredible feedback from everyone, the transformations everyone was sharing, the pure achievement of giving an hour and a half seminar live to a large group of women – and focusing purely on the not-good-enoughs. As I closed my eyes to go to sleep, my mind buzzed and whirred with criticism, and I began to feel myself spiralling into deep meltdown.

So I turned to the most sure fast way to pull myself out of my funk – connection with another.

Instead of hiding away and holding onto my shame, I reached out to to be intimate with my partner, Reece. I named my shame, named my fears, and named my insecurities. And as he listened with an open heart and deep compassion, I began to feel a little better.

But still I felt myself closing and collapsing inwards. Talking wasn’t enough. I knew what I was craving was deep and vulnerable intimacy. And so I reached out to my partner for the most powerful form of intimacy I know – sex.

I clumsily asked if he would like to make love with me. Soft. And gentle.

Without hesitation, he was there for me. I felt his strength and love as he took me firmly in his arms and pressed himself against me. I felt his whole body yes. I felt held. I felt seen. I felt completely safe to let go.

And yet I couldn’t let go. I was so caught up in my head, so caught up in insecurity and shame, that my body wouldn’t relax. Even as he started to stroke my vulva, I couldn’t let go. His gentle and loving touch on my clit, which would normally have melted me completely open to him, felt strange and somehow abrasive. I wasn’t getting wet, at all, and I began to feel really uncomfortable.

I shook my head a little. “Not there.”

He tried something else.

He changed his stroke.

“That’s not working either.”

And so we lay there, me with my body completely unresponsive, and him, trying patiently to stir me into arousal. But the passion and the excitement just weren’t coming. I felt awkward that I couldn’t drop into my pleasure, and he felt awkward that he couldn’t take me there.

I reached down to touch him and found him completely soft. I tried to stroke him to hardness, but somehow I’d completely forgotten how to actually hold a cock. I felt clumsy and uncomfortable.

How long were we going to carry on like this? Did we just need more time? Or was it just not going to work this evening?

And so we named it. As we clumsily held and stroked each other, we named how awkward we felt. We sat in it. We let it be there. We felt the deep uncomfortableness of it, without trying to change or push it away. We really felt it.

Until, after a few long and very, very drawn out minutes, something incredible happened. The awkwardness began to shift. I felt myself drop into my desire and my pleasure. I felt him grow hard and large in my hand. I felt my body ache with fiery want and start to come alive.

After that, it wasn’t so awkward. In fact, we went on to have the deeply connected, intimate sex that I was looking for in the first place. And afterwards, when our sweaty bodies were pressed up against each other and we breathed in the full bodied pleasure of our after sex glow, I found my mind returning to the awkwardness of our beginning.

How incredible that we had ended up here, when I considered where our sexual play had started.

And then I reflected some more. Just 5 short years ago, things would have gone very differently. I would have pushed myself into performance – faking my own pleasure to cover up my discomfort. Or I would have freaked out over my perceived inability to make my man hard and launched into overcompensating and over-sexualised service. Or I would have just stopped entirely, muttered that I wasn’t in the mood, turned my back and pretended to fall asleep while I lay there feeling like a failure.

And maybe sometimes, that is the case.

But sometimes, sex just has to be awkward. And that’s OK.

Which is why I needed to write this (and actually publish it). Because owning my awkward sex has opened me up to a much more fulfilling and satisfying sex life. Because I no longer blame myself, or my partner, when things don’t go smoothly. Because there’s a whole lot of shame, judgement and fear that I just don’t have to hang on to anymore.

When we come to our sexual play with an open heart and mind, we open ourselves up to truly incredible sex. But we have to be willing to open to the not so incredible sex as well. If we try to hide away from the awkwardness, the ‘failure’, the moments of ‘incompetence’, we end up hiding ourselves away from intimacy too.

One of the saddest outcomes of the ‘pressure to perform’ in sex is that it creates anxiety and prevents us from ever starting in the first place. We try to avoid having awkward sexual experiences, but instead we end up having no sexual experiences at all. Yet if we embrace the awkward, if we let go of judgement and let it have its place too, we find ourselves having a lot more connection, a lot more intimacy, and a lot more satisfying sex.

And so I write this (slightly uncomfortable blog) in the hope that you’ll start giving yourself permission to have really awkward sex too. To make mistakes, to try and fail at new things, to take risks that don’t always pay off. To be open, vulnerable and completely real when you show up in the bedroom.

And if not, at the very least, I’ve given you a glimpse into what the sex life of a sex coach really looks like. Awkwardness and all.

Now it’s your turn – how do you feel about awkward sex? Do you feel shame when things don’t always go perfectly in the bedroom? How might your sex life and relationship benefit from letting go of the pressure to perform? Comment below – I’d love to hear from you! And sharing your stories can be an incredibly powerful way to support others in their own journey. So go on, leave us a few words. 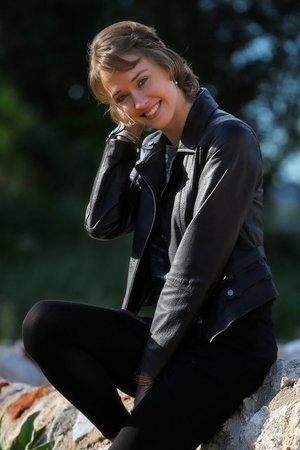 Hi, I’m Jodie – a life, love and sex coach, and co-founder of Your Primal Essence.

Together with my partner Reece, I help men, women and couples to get the confidence, clarity and sexual mastery they need to create the life, love and sex they most desire. I work 1:1 with clients via Skype and offer transformational workshops and personal seminars around the world. Check out our blog for more life changing articles and download your free copy of our ebook, The Guide to Unleashing Your Primal Essence for Powerful Living, Mind-Blowing Sex, and Incredible Intimacy.